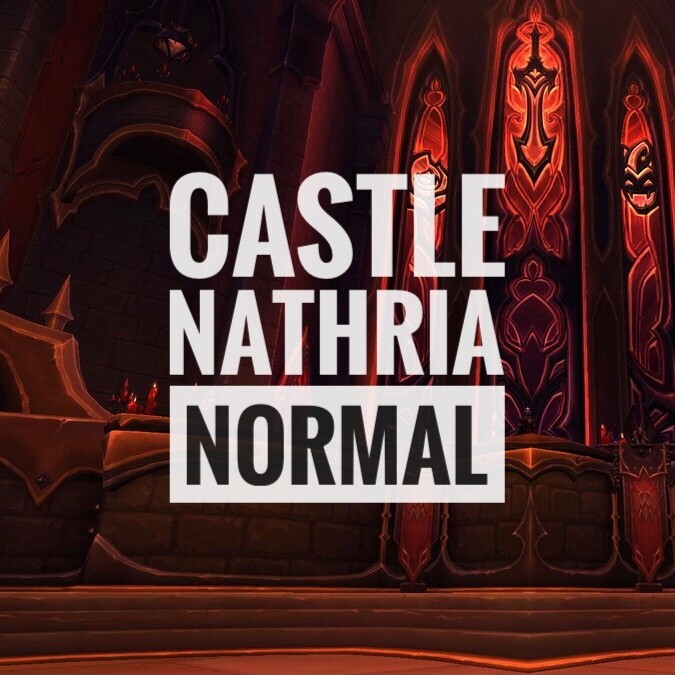 Castle Nathria is the very first raid of Shadowlands expansion composed of 10 bosses: Shriekwing, Altimor the Huntsman, Hungering Destroyer, Artificer Xy'Mox, Sun King's Salvation, Lady Inerva Darkvein, The Council of Blood, Sludgefist, Stoneborne Generals and the last boss - Sire Denathrius. There are two wings in this raid that you should clear before ascending to the upper reaches of the Castle where the final boss Sire Denathrius rests. A visit to Nathria Castle on Normal mode will not only reveal part of the Shadowlands main plot but also prepare for the higher difficulty of the raid and dungeons. In the Castle Nathria you will receive some decent gear and new items. You will get 200 item level loot from the 8 bosses and 207 item level gear from the last 2 bosses. By completing Castle Nathria on Normal mode you will be ready for new adventures in Shadowlands and YodaBoost will gladly help you achieve this.

• RAID OPTION 1: 10/10 BOSSES KILLED
choosing this option you will get full clear - 10 out of 10 bosses killed in Castle Nathria raid on Normal difficulty.

• 200-207 ILVL ITEMS IN YOUR INVENTORY
you will receive items and gear with 200-207 ilvl in this raid difficulty; 200 ilvl items from first 8 bosses and 207 ilvl items from the last two: Stoneborne Generals and Sire Denathrius. You will also have chance to get legendary gear from specific bosses, depending on your class and specialization.

in case you choose 10/10 option you will get Castle Nathria achievement for defeating all 10 bosses.

LOOT OPTIONS
• PERSONAL LOOT
the amount of loot you will get is TOTALLY RANDOM and fully depends on your luck, which we wish you the most.

loot traders of your armor type (cloth, leather, mail or plate) will be assigned to you. They are going to trade you ALL GEAR and WEAPONS they receive during the raid. You can specify the number of loot traders in the options. Once raid begins, we will provide you with nicknames of your loot traders so that you know who is going to trade you. With this option you can get 5 times more loot than you would normally get in one week. Save your time and get geared fast!

you don't need to have any specific gear level or knowledge of raid mechanics.